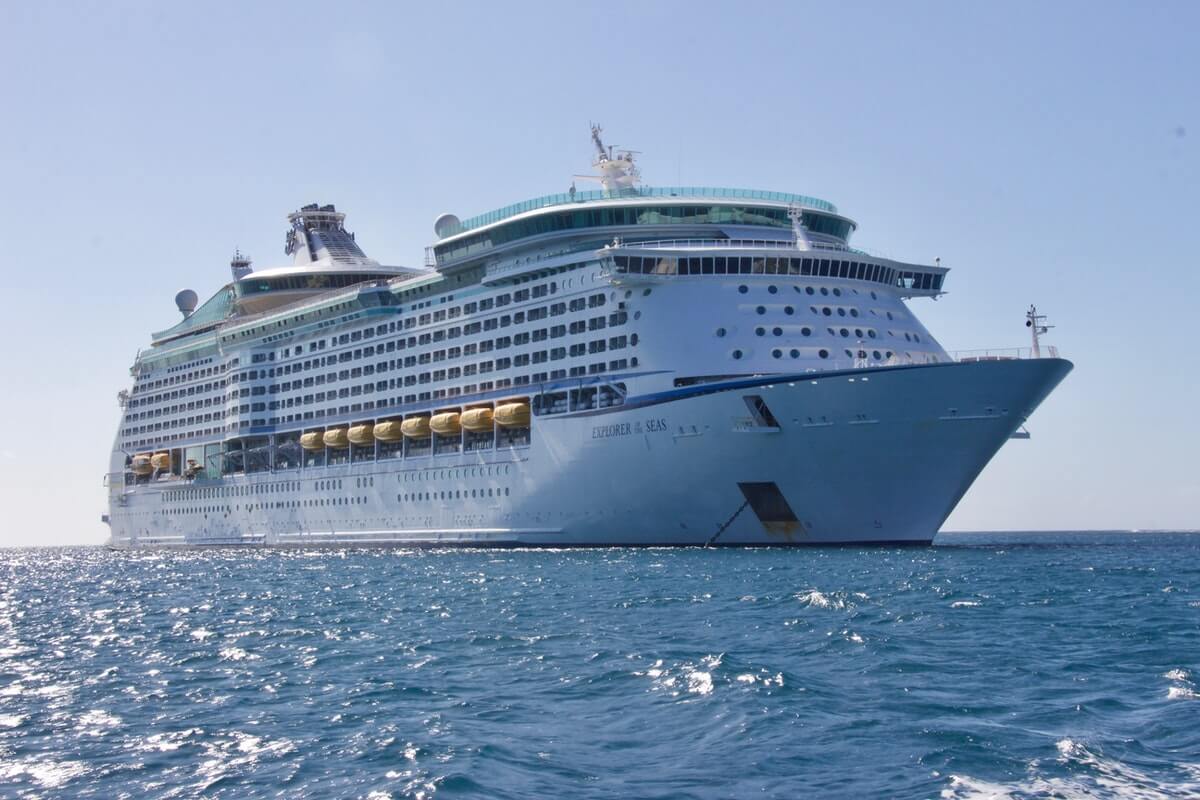 I was in the navy for 8 years, and have received food from navy destroyers, aircraft carriers, submarine ships, and ground service galleys.

When a ship is in port, it always has plenty of fresh food on board. Just before a ship goes to sea, it is restocked with new food and drink.

If you are going to be at sea for a while, you will start to lose some of the things on board that you take for granted. Fresh milk is usually one of the first things to be eliminated. They substitute it for powdered milk, and it doesn’t even come close to real milk.

Don’t get me wrong, the food on the boat is pretty good, and you have a lot!

When you’re in port, you have access to the freshest food the marina has, as does your hometown grocery store.

When you wake up in the morning, you go down to the kitchen and stand in the food line. There may be 10 guys in line by the time you come down to eat, and breakfast is generally served most of the morning, because not everyone can eat at the same time, and then it would be crowded. On smaller ships, like destroyers and frigates, you would normally have 4 meals a day. Breakfast, Lunch, Dinner and Mid Rats, a small meal that is prepared around midnight for people who are still hungry and want something to eat.

In the destroyer I was stationed on, we also had regular cooking outlets in the fan queue. We always had a 55 gallon drum that was cut in half, and someone from the Supply Department would fry cheeseburgers, and that was always nice, even in the middle of the Indian Ocean, we would go cook.

For breakfast you can usually order your eggs to order, there will be a cook or 2, who will take requests for how you want your eggs to be prepared, they had a rule of no more than 5 eggs, I usually only ate 2 the most part of the time, and I would tell them that I want a ham and cheese omelette with 2 eggs, and then after I get my eggs I move down the food line and get whatever else I want to go with that, bacon, sausage, like a real little buffet.

Usually on Fridays, if we were in the harbor, we would have steaks and lobster tails on Fridays. I didn’t even have a lobster tail until I joined the navy. My dad never liked seafood when I was a kid, so we never ate it at home.

Lunch and dinner also used to be like a buffet, just about anything they had, it was a good food line, and you take what you want, and you can always get a new tray and get back in line, if you’re that hungry. .

The aircraft carrier I was on was actually too big a ship for me, and I was so glad I had to stay on it for only 2 weeks. The food was good too, and it had 2 kitchens, so one was always open, if the other closed for cleaning or for whatever reason.

When you have roughly 5,000 people on board you better have a place for them to eat all the time, like a casino, if the ship had slot machines it would be pretty close to the same buffet atmosphere.

When I was in transit somewhere in the Indian Ocean, I had to go to Saudi Arabia to catch a flight to Italy, and a helicopter took me and 5 other enlisted guys to this USNS ship, and we were supposed to just ride on the ship for 2 days, until we got off the ship. They had an enlisted first class officer who had his own cabin, which on a regular navy ship, only officers get.

This was a USNS ship, which meant it had civilian workers, and the navy personnel were supportive of them. When we ate in their dining room every day, a waiter would come to our table and take their order. I thought to myself, you’ve got to be kidding me, these guys are wearing plain clothes and a waiter is taking their order, and I can’t even believe this is real. They give you a choice of 2 selections, kind of like on a plane, and they bring you ice cream for dessert, and I thought it was amazing.

Most of the civilians on that ship weren’t cool like the navy guys, probably because they thought the navy worked for them, which on that ship, they sure were, and I could think of several ways to save the navy a lot of money. lots of money. !

The submarines get the best food in the fleet. Sometimes the boys are underwater for so long, and can you imagine if they didn’t have good food?

They have a drink they call bug juice, which is actually Kool-aid or a fruit punch drink. It is better to get used to drinking insect juice, if you like to have something with your food, after the fresh milk runs out.

This is one of the craziest things I have ever witnessed on the ship, and all ships do it! It’s a waste of good food, but I suppose you can see how it protects the states from pests and insects, but does it really?

Whenever he goes out to sea, he usually stops by Hawaii to buy new stores, as they call it, which means he is supplying the ship with fresh food and meat and things like that.

As you travel the world and then come back, before you go through Hawaii, you need to throw away all the food that you might have any chance of having some kind of bug from another country, so we have a working group, maybe 20 guys, and the job is to make a line from the food coolers, that a ship has several decks, all with elevators to make them all together, and we unload all the food, 50 pound bags of new onions, many and many, large boxes of lettuce, many boxes.

We throw most of what’s left in the coolers overboard into the ocean, and all the guys just can’t believe we’re throwing all this good food overboard, and we bet a lot of sharks are following the ship, and can you imagine? how much food an aircraft carrier would throw overboard. An aircraft carrier has a place at the back of the ship to dump trash into the ocean, but only when you’re 50 miles or more out to sea, so it doesn’t wash up on the shore and so much is thrown into the sea. ocean, plus food. You can sit and smoke a cigarette, and just watch all the people who have garbage to throw in the ocean, which is pretty strange in a way, but you can’t let it pile up on the boat.

I have to say overall the food at the marina is good, maybe even excellent, I never thought it would be as good and filling as it was, and a few days after leaving the marina I swear their spaghetti is still! the best thing i ever had in my life!